In the current music industry, if your music isn’t on streaming platforms like Spotify, Apple Music or Amazon Music, you’re missing out on a massive listener base. The tool for getting your music on these platforms is known as a digital aggregator, the most popular being DistroKid and CD Baby. 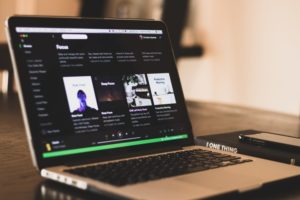 If you’ve been looking into releasing your music for streaming, chances are you’ve come across these two services. Although they both serve the same purpose, there are some differences between the two. This can make it difficult to decide which is the best digital aggregator out there.

In this guide we break down the primary differences between DistroKid and CD Baby. By the end you’ll be able to make an educated decision as to which is the best digital aggregator for your music.

1. Subscription vs One Time Fee

The most obvious difference between DistroKid and CD Baby is their pricing model. CD Baby charges artists a one-time fee for distribution, where as DistroKid offers a subscription model.

Standard distribution through CD Baby is currently $9.95 USD per single or $29 USD per album. After paying the one time fee you never have to pay again and your music remains on streaming platforms forever.

That said, you’re given the option to remove the songs from streaming services if you decide to take them down.

On the other hand, DistroKid charges artists a one time fee of $19.99 USD per year. The artist can then distribute as much music as they want, so long as they keep up with the annual payments.

If you decide to stop paying yearly, DistroKid gives artists the option to pay $29.99 USD per single or $49.99 USD per album. This leaves the songs on the streaming platforms indefinitely.

Because of these differences, CD Baby may be a cheaper option if you only plan on releasing an album every few years. However, if you’re an artist who consistently releases music, DistroKid is the way to go.

2. Which Service Takes a Commission? The royalties that artists receive from streaming services are already extremely low. So, making anything less can add insult to injury.

Because of this, another aspect to consider when deciding between DistroKid and CD Baby is the commission that each company takes from the royalties you make.

In a nutshell, CD Baby takes a 9% commission of all the royalties you make, while DistroKid doesn’t take anything. Although 9% is not a huge amount, it’s still nicer to make 100% of your royalties, rather than 91% This is especially true when they are split amongst a larger group.

So, dependant on your preference, this aspect is worth considering when you’re deciding between DistroKid and CD Baby. Speaking of working alongside other musicians, this scenario isn’t uncommon in the music industry.

Often times the income made from an album will be split amongst a number of professionals involved. This can include people such as songwriters, band members or producers.

The more people involved, the more of a headache it can be making sure that everyone gets paid their fair share.

This is where DistroKid takes the lead over CD Baby by allowing the owner of an account to set up “splits.” This automatically divides and pays those involved in a project their portion of streaming royalties, as specified by the account holder.

In terms of CD Baby, we’ll let the video below from their help center answer the question for us.

Admittedly, not having this feature is often just a minor inconvenience. So, it shouldn’t be the only reason to choose DistroKid over CD Baby. However, automatic splits and shares is certainly a valuable feature in the right scenario. This article is primarily looking at digital distribution. However, there are artists out there who still prefer to have their music available for physical purchase.

If you’re one of these artists then CD Baby would be a better option than DistroKid. That’s because CD Baby is much more than just a digital aggregator.

They offer physical distribution of albums to over 15,000 record stores across the globe. They also make physical albums available for purchase on their online store. It’s worth mentioning that an additional fee is required for this feature. However, it’s a great option to have if you need it and most other digital distributors don’t offer it.

In addition to this, CD Baby will also take care of printing your CD or even pressing viny..

DistroKid, is strictly a digital aggregator, so it doesn’t offer any of these options. That said, this won’t make a difference for artists who are only releasing music in the digital realm.

There can be many benefits to releasing a cover song as an independent artist but the process of doing so legally can make things complex. This is especially true in the streaming realm where the license required to clear a cover is different than that of physical distribution. Thankfully there are services out there that can take care of the hassle for you. This option used to be built into both CD Baby and DistroKid, so there was no contest.

Although you can still release cover songs on other distributors by licensing them with an outside service, it’s nice when everything you need is offered in one place.

When comparing DistroKid and CD Baby, their pricing models are the most obvious difference. While CD Baby charges a one time fee at a per project basis, DistroKid charges an annual fee and allows artists to distribute as much music as they like, as long as they keep up with payments. Also, CD Baby takes 9% of your income while DistroKid allows artists to keep 100% of the money they make. In addition, DistroKid offers automatic splits and easy cover song licensing to its users.

However, when it comes to physical distribution, CD Baby is the way to go. They offer worldwide distribution as well as CD and vinyl pressing.

This is really just the tip of the ice-berg when it comes to the differences between DistroKid and CD Baby. There are plenty of additional features with fees attached to each, that may be considered when deciding on a distributor. However, in this guide we’ve done our best to cover the biggest differences you may encounter when deciding between CD Baby and DistroKid.

At the end of the day, neither option is better than the other. It all depends on what features you require, what your budget is and how much music you plan to release.

If you enjoyed the tips in this guide be sure to share it with your friends and check out the rest of the Sundown Sessions Blog for more advice on songwriting and music business.